A few weeks ago I watched a documentary all about the food industry and how they are extremely good at getting us to continue buying their products. And one of the main topics covered was diet sodas. I was especially interested in this part as I was, without being dramatic, addicted to Diet Coke. Up until very recently I would drink between 1-3litres of Diet Coke every day. I would think nothing of spending a minimum of £2-£4 every day just on Coke, and I could barely pass a shop without thinking “I might just pop in for some DC while I’m by a shop”. I’d tried to give up in the past, I’d had January resolutions to “give up Coke”, I’d tried to think about the money I’d save by not buying it anymore, but to be honest going without Diet Coke had left me grouchy and irritable.

I’d read in the news and heard from friends before that this drink was not good for me. That aspartame can cause horrible side effects such as neurological symptoms or worse from drinking it. I once did a literature search for the impact of aspartame, and found no damning evidence, so this placated me for a while. However, what the documentary pointed out was that a lot of these studies where no evidence was found were likely to have been sponsored by industry and were therefore extremely biased. Let’s face it, the manufacturer of a product isn’t going to fund research that finds their product to be harmful and unsafe. (If anyone has any research that can inform me on this please get in touch!)

However, the part that really got me was when the experts in the documentary started to discuss how diet sodas are chemically engineered to make people want to drink large amounts. The mixture of Caffeine and Aspartame causes a chemical reaction that leads to feelings of elation when you first take a sip. It sounds daft, but I could definitely identify with this, drinking diet coke made me feel happy! But, the unfortunate thing is that this feeling of happiness disappears pretty quickly (literally moments later), leaving us feeling unsatisfied and empty. So what do we do? We go out and buy more diet soda…something that I did day after day. 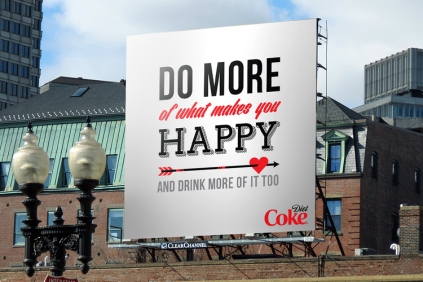 It’s not just what these drinks are made of that encourages us to drink more, but also how they are marketed. You will likely have seen the adverts for diet drinks with the beautiful,thin, funny and popular girls who are all drinking these drinks. They’re marketed as guilt free, and a lot of people including myself, would drink these drinks to “stay full” so as not to eat as much food. But research actually shows (see here), that people who drink diet sodas end up fatter and with worse health indicators than those who don’t. Hearing all this was like a light had been switched on in my mind. I literally got goosebumps when I realised that this drink was engineered for me to want to drink ridiculous amounts of it and that I was buying in to a false “idea” of what I would be if I drank diet drinks.

When the documentary was finished, I got up and poured all the Diet Coke in our house away. Since then I’ve not had a drop and for the first time I’ve not craved it. I’ve had moments where I would normally have bought a diet coke, but I have just reminded myself that I would be paying for a drink that will literally only make me happy for one sip! Something else that I think has helped me to keep going has been the mentality “I can have it, but I don’t want it” as I’ve spoken about in this post here.

Are you addicted to diet drinks and wanting to stop? Maybe you love drinking them and have no intention of stopping! Or have you recently stopped drinking them too? I’d love to hear from you, please do get in touch.